The Walk to Work: More Than a Pedestrian Journey 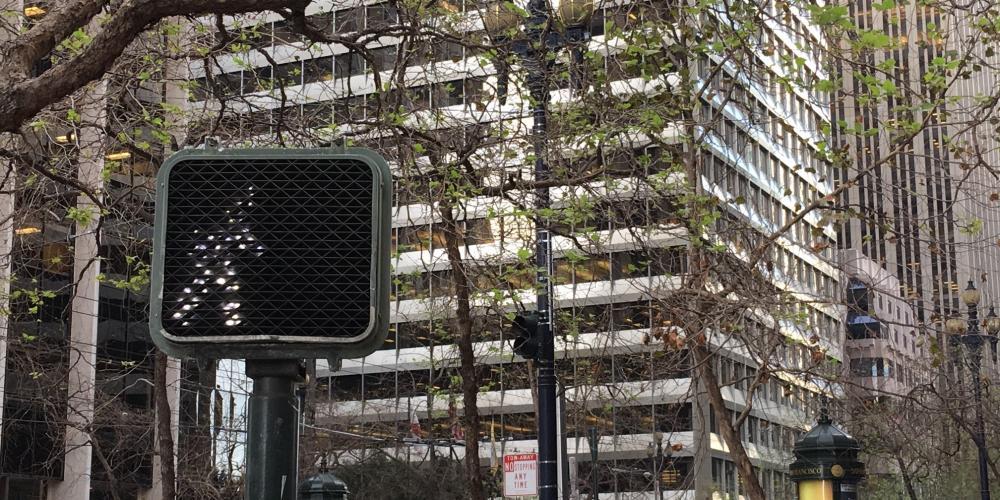 Whether you travel by train, bus, bike or car, nearly every trip begins and ends with walking. MTC, as the nine-county Bay Area’s transportation planning agency, supports projects to make walking safer and more convenient. Through the One Bay Area Grant (OBAG) and Safe Routes to Schools programs, and through Plan Bay Area 2040, the Bay Area’s long-range transportation, housing and land use plan, MTC directs funding to active transportation and complete streets projects designed to reduce the region’s greenhouse gas emissions.

In honor of Walk to Work Day, we asked some MTC staff members and friends to share a snapshot of their walks to work. Here’s what we heard:

"I’m the Bay Trail Project Manager at MTC, and I love to walk. Every day, I walk to work from my home in North Beach to my office in Rincon Hill, like a time traveler, passing through 100+ years of San Francisco history in 30 minutes. My stroll begins along the narrow streets near Telegraph Hill where many buildings date from the early part of the 20th century. I pass iconic buildings like Columbus Tower and the Transamerica Pyramid, skirt the edge of Jackson Square with its brick buildings that survived the 1906 earthquake and fire, trace the wavy lines on Hotaling Place that depict where water once met land, trek into a redwood forest, cross California Street, careful to dodge the cable cars, and make my way south of Market Street, into an emerging metropolis of gleaming office towers, sky high residences and a new transit terminal, arriving at my office awake with the buzz of the city."

"As a San Francisco resident who doesn’t own a car, I get around the city (and destinations beyond) by riding transit and walking. My commute starts with 10-minute walk down Stanyan Street before hitching a ride to work on Muni’s N-Judah. Stanyan increasingly is becoming a busy thoroughfare linking two feeder routes to the Central Freeway, and as a result my commute most mornings begins with trying to make myself seen by drivers before I cross the street. Despite this challenge, I love starting my day with this walk to the Muni stop because it give me a chance to 'catch up' with the people and places that make up my neighborhood. The discovery of a fresh chalk drawing on the sidewalk, the sight of the fnnch Honeybear keeping vigil on Stanyan Street, an impromptu run-in with a friend walking her dog, the casual exchange of 'good morning' with one of the Station 12 firefighters—walking makes these social encounters and connections possible."

"I love to take the ferry from my apartment in Oakland when I have time, but I usually end up on BART! I always either walk or bike to the Lake Merritt BART station or the Jack London Square ferry terminal from my apartment in the Clinton neighborhood, then from the Embarcadero BART stop or the Ferry Building on the SF side to our building at 375 Beale St. Today from the ferry, I walked along the Embarcadero past Cupid's Span and got a great view of the Bay Bridge. It was a really energizing way to start the day. You notice and appreciate so much about your surroundings when walking."

"I've never learned to drive. Living in lower Nob Hill, I've been fortunate enough to be able to walk almost everywhere I need to go, ever since I moved to San Francisco. During my commute to SFMOMA, through Union Square and upper SOMA, I encounter residents and tourists, homeless people and conventioneers, people from all walks of life. Everyday I see something that strikes my eye, and when I have time, I stop and take a photograph of it. I love how the light changes along the year, so even though my commute rarely varies, the view does, and sometimes rather dramatically. Walking helps me stay in the moment, and also appreciate that I'm living in such a beautiful city."