Bimla Gill Rhinehart to be Honored with Public Boardwalk 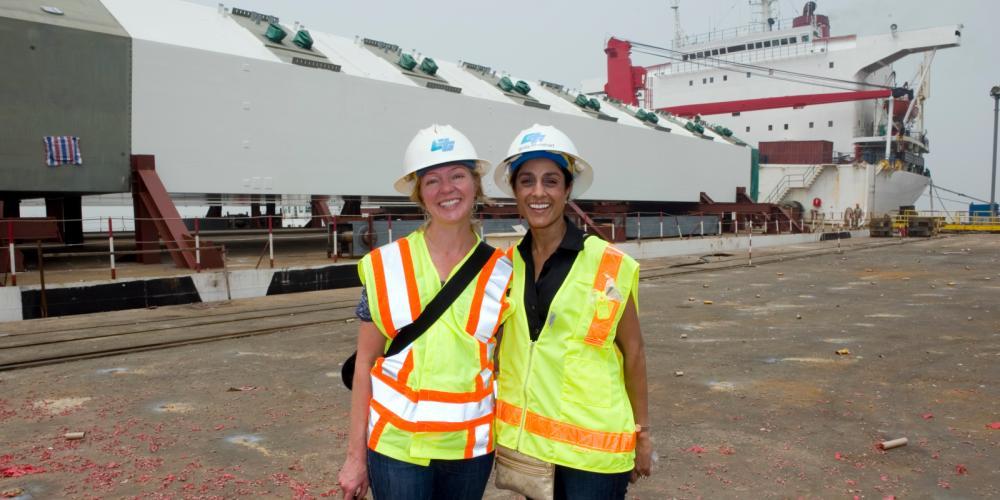 MTC's Karin Betts (left) and Bimla Gill Rhinehart in China in 2010 for work connected to the new East Span of the Bay Bridge.
Lucas Schifres

Bimla Gill Rhinehart, who served as the executive director of the California Transportation Commission before passing in 2013, will have a planned public access boardwalk on Yerba Buena Island named in her honor.

Bimla also served as the CTC’s member on the Toll Bridge Program Oversight Committee. On Monday that committee voted unanimously to recognize her with the naming.

"When Bimla joined the committee she was an incredible breath of fresh air," said Steve Heminger, MTC executive director and committee member. Heminger came up with the idea to name the boardwalk after her. "This will be a wonderful way to remember Bimla, her achievements and her life."

Bimla earned bachelor of science degrees in finance and accounting from California State University, Chico, and later attended graduate school at the University of California, Davis. Bimla had more than 20 years of experience with Caltrans, where she began working in 1986. While at Caltrans District 4 in the Bay Area, she built a highly successful career while earning the friendship and admiration of everyone she came in contact with.

Colleagues remember Bimla as a quiet leader who could bring all sides together to move a project forward. Her can‐do spirit, kind disposition and grace, and intelligent and professional approach to challenges endure in the memories of everyone who knew her.