Throwback Thursday: Trains once traveled across the Bay Bridge 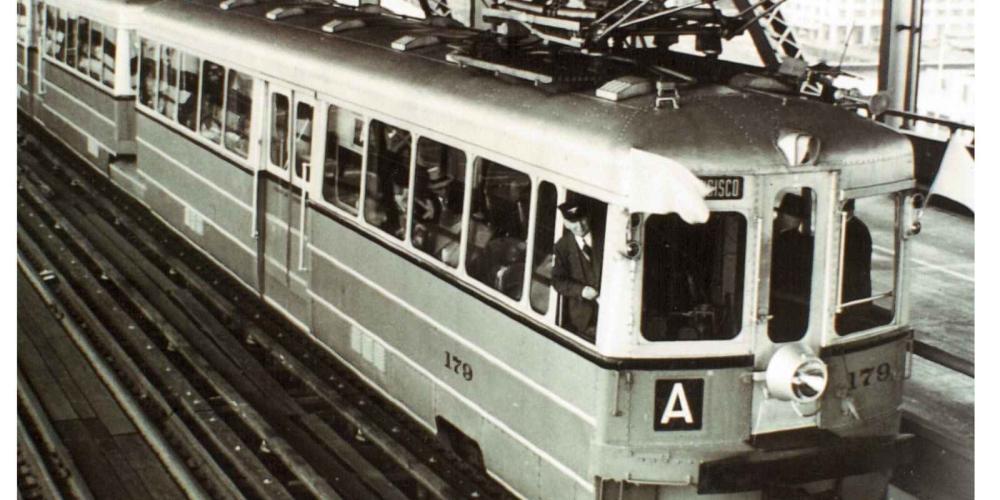 A train that was part of the Key System travels along the lower deck of the Bay Bridge.,

In the ever evolving world of Bay Area transportation, we take a look back at a rail system that traversed the Bay Bridge for almost two decades before it was removed.

The Key System served the East Bay with rail and buses under various names for decades before the Bay Bridge opened in 1936.

When the span opened, rails were placed along the lower deck, taking commuters into San Francisco. Found SF has some nice photos of the system and the San Francisco Chronicle did a retrospective piece as well.

Dwindling ridership and the rise of the automobile helped kill off the Key System in 1958, but by 1960 a new plan emerged to get people across the bay via rail: BART. By 1964 work had started on that project.