The year 2022 was another challenging one for the Bay Area as it recovers from the pandemic that has changed how the region works, lives and travels. The Metropolitan Transportation Commission and its partner agencies continued their work to help make the Bay Area more affordable, better connected, healthier and more economically vibrant. Among MTC’s achievements over the past year:

In January, more Bay Area transit agencies joined the Clipper START program, which allows lower-income adults ages 19-64 to receive fare discounts ranging from 20% to 50% on most transit systems around the region. Clipper START was inaugurated in July 2020 with 50% off fares. It's an 18-month pilot program initiated by Bay Area transit agencies and MTC that uses the Clipper transit fare payment system to reduce the cost of transportation for adults whose household incomes are no more than twice the federal poverty level (for example, $52,400 for a family of four). This can be an important benefit, as transportation costs are a significant burden on many households, particularly during the current economic climate.

Also in January, the Bay Area Toll Authority (BATA) announced a sharp reduction in the penalties associated with toll violation notices sent by the FasTrak® customer service center to customers with unpaid invoices for toll bridge crossings. The new policy toward violation penalties was approved by BATA at its October 2021 meeting and marks the first policy change adopted as part of its Bay Area tolling equity action plan unveiled in May 2021. BATA at its November 2021 meeting approved several additional policy changes that became effective in the spring of 2022.

In March, MTC unanimously endorsed a federal advocacy strategy to maximize the Bay Area’s share of the more than $100 billion in competitive grants made available through the 2021 Bipartisan Infrastructure Law. View the map that shows the locations of the Bay Area Regional Priority Projects. Competition for these grants will be fierce, within California and from around the country. The regional grant strategy will enable the Bay Area to unify advocacy behind a short list of regionally significant priority projects — developed in partnership with Bay Area transportation partners — for a select number of the new or expanded grant programs across modes. The strategy also leaves more than $25 billion spread across almost 20 other new federal grant programs “up for grabs” since they are oriented more towards local priorities.

MTC announced new underwriting guidelines for its four-year-old Bay Area Preservation Pilot loan fund in April, which is designed to help nonprofit housing developers and community land trusts finance the acquisition and preservation of existing multifamily properties that are affordable for lower- and moderate-income renters and located in areas with high-frequency transit service. Revisions to the $49 million revolving loan fund include a lower leveraging-ratio requirement and the allocation of up to $6 million for designation as forgivable long-term debt. The goal of the new underwriting rules is to attract more borrowers by funding loans more quickly for a more diverse set of properties in a more diverse set of Bay Area communities.

May marked the return of  MTC-sponsored Bike to Work Day (BTWD), as part of the Bay Area’s Bike to Wherever Days. Not held since 2019 because of the pandemic and remote work, BTWD brought people out across the nine counties of the Bay Area. Whether pedaling once again to work, going to school, running errands or just coming out to share the day with other cyclists, everyone on two wheels shared in the activities and celebration. “The fact that it’s bike to everywhere day, that’s exciting,” said Alfredo Pedroza, MTC chairman, of the event. “It’s a good reminder you can get on your bike to go to work, to go see friends (and) run errands.”

MTC’s Operations Committee in July approved a $6 million contract with Applied Wayfinding Inc. to develop a single mapping and wayfinding system for use by all Bay Area transit agencies. The goal of the project is to design and deploy a fully harmonized suite of maps, signs and transit information in all Bay Area transit locations — from individual bus stops to major hubs like the Salesforce Transit Center, the Eastridge Transit Center or the El Cerrito Del Norte BART station — and to provide practical, predictable guidance to the walkable destinations, local shuttles and the like that extend from these transit stops.

MTC's newly launched Bay Area Housing Finance Authority (BAHFA) affiliate in August closed its first-ever transaction, funding a $5,000 grant through its Welfare Tax Exemption Preservation Program to enable nonprofit Eden Housing to convert its recently acquired 24-unit De Anza Terrace apartment complex in Alameda County's unincorporated Ashland community to permanently affordable housing. Hayward-based Eden Housing used the BAHFA grant to qualify for a property tax exemption from the state Board of Equalization, which conditions such exemptions on a minimum $5,000 in public financing, full or partial ownership by a nonprofit organization, and a recorded deed restricting occupancy to households with incomes no greater than 80 percent of the area median.

MTC — in conjunction with BART and all other transit agencies participating in the Clipper® fare payment system —  in August launched a two-year pilot program to study the impact of a single pass that will provide some 50,000 Bay Area residents free access to all bus, rail and ferry services in the nine-county region, with the exception of special event services to or from Oracle Park in San Francisco operated by San Francisco Bay Ferry or Golden Gate Ferry. Known as the Clipper® BayPass, the new passes initially were distributed to participating students at various colleges in the Bay Area and then expanded to include residents of select affordable housing communities managed by MidPen Housing. Resources at your fingertips in the MTC/ABAG Library 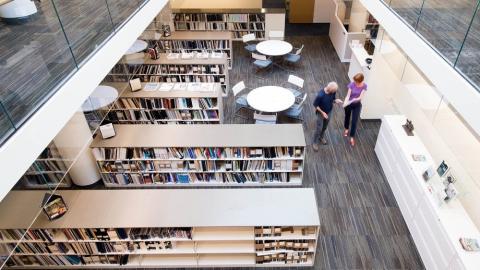 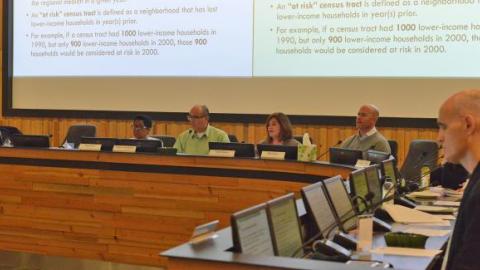