MTC looks back at 2021 work to move Bay Area forward 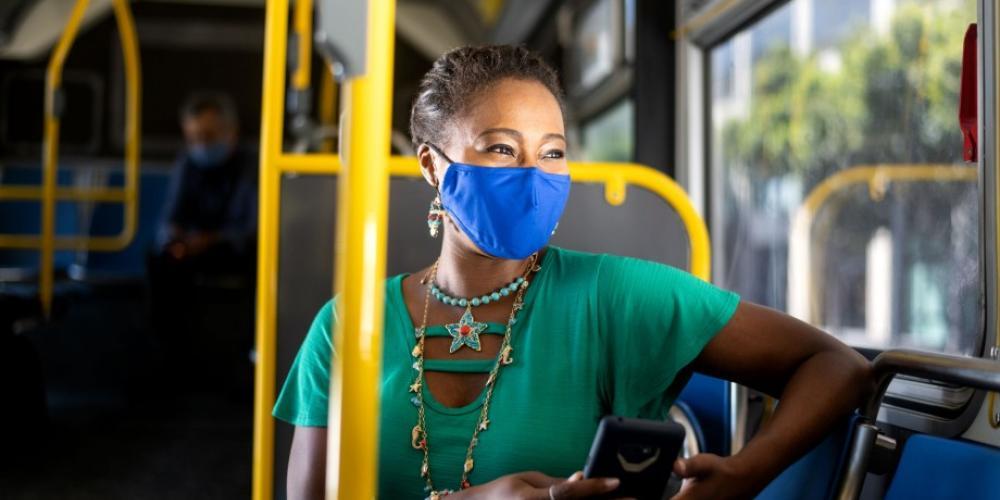 The year 2021 was a challenge for everyone across the Bay Area as the region worked to move forward while dealing with a pandemic that had difficult, multi-layered effects. The Metropolitan Transportation Commission continued its work to improve the Bay Area, finding new and inventive ways to serve the 8 million people who live in nine counties and 101 cities.

Among MTC’s accomplishments in the past year as it served the Bay Area:

MTC and the Association of Bay Area Governments (ABAG) adopted Plan Bay Area 2050 and its associated Environmental Impact Report. Defined by 35 strategies for housing, transportation, economic vitality and the environment, Plan Bay Area 2050 lays out a $1.4 trillion vision for policies and investments to make the nine-county region more affordable, connected, diverse, healthy and economically vibrant for all its residents through 2050 and beyond.

In 2021 more Bay Area transit agencies joined the Clipper START® program, which allows lower-income adults ages 19-64 to receive fare discounts ranging from 20% to 50% on most transit systems around the region. Clipper START, initiated by MTC and Bay Area transit agencies, aims to reduce the cost of transportation for adults whose household incomes are no more than twice the federal poverty level (for example, $52,400 for a family of four). This can be an important benefit, as transportation costs are a significant burden on many households. Initiated as an 18-month pilot in July 2020, the program has been extended to July 2023.

The MTC-led Vision Zero Working Group met for the first time in 2021 to exchange ideas on how to make the Bay Area a safer place for pedestrians, bicyclists and others. A panel of about 40 Bay Area officials from cities, counties, transit agencies, universities and advocacy groups met virtually to begin identifying safety solutions that can be employed throughout the region.

The 32-member Blue Ribbon Transit Recovery Task Force convened by MTC approved 27 near-term actions to be taken by MTC, transit agencies, county transportation agencies and others to make the Bay Area’s public transportation network more connected, efficient, and customer-focused. The action was the culmination of a 14-month effort that began in May 2020 when the Task Force accepted a three-stage mission to help the Bay Area transit network adjust to new conditions created by the COVID-19 pandemic.

I-680 Express Lane Open for Business

Tolling operations for the new 11-mile Express Lane along southbound Interstate 680 from Martinez through Walnut Creek began in the summer of 2021. By linking with the existing Express Lane from Rudgear Road in Walnut Creek to Alcosta Boulevard in San Ramon, a continuous 22-mile southbound I-680 Express Lane through Contra Costa County was created.

MTC and more than two dozen transit agencies joined forces to launch a new multi-lingual advertising campaign encouraging Bay Area residents of all ages to move forward together on the region’s buses, trains, ferries and light-rail vehicles as more people return to public transit. The effort included messaging in English, Spanish, Chinese, Vietnamese and Tagalog, using a combination of social media advertising, digital and terrestrial radio, display ads in local publications, posters in bus shelters and transit stations, and interior and exterior placards on transit vehicles. MTC and the transit agencies also established a website, AllAboardBayArea.com, as a source for more information, including information about all participating transit agencies.

The MTC website, mtc.ca.gov, was updated to modernize and streamline the web experience, making the content more accessible for users. Some of the site’s features include re-organized site navigation, a simplified writing style that makes the content easier to understand, and refreshed and compelling imagery. The new site also aims to improve the experience for people who navigate with assistive technologies, visit the site on a mobile device and read languages other than English.

MTC approved the allocation of $802 million to Bay Area transit operators as part of a second round of federal Coronavirus Response and Relief Appropriations Act (CRRSAA) funding to help transit agencies battered from revenue losses due to the COVID-19 pandemic. Agencies across the Bay Area received the critical dollars.

Napa County Supervisor Alfredo Pedroza assumed the helm of MTC when he was unanimously voted in by his Commission colleagues. His two-year term runs through February 2023. Nick Josefowitz, Chief Policy Officer at San Francisco-based SPUR and the San Francisco Mayor's appointee to the Commission, was selected to serve as Vice Chair for the next two years.