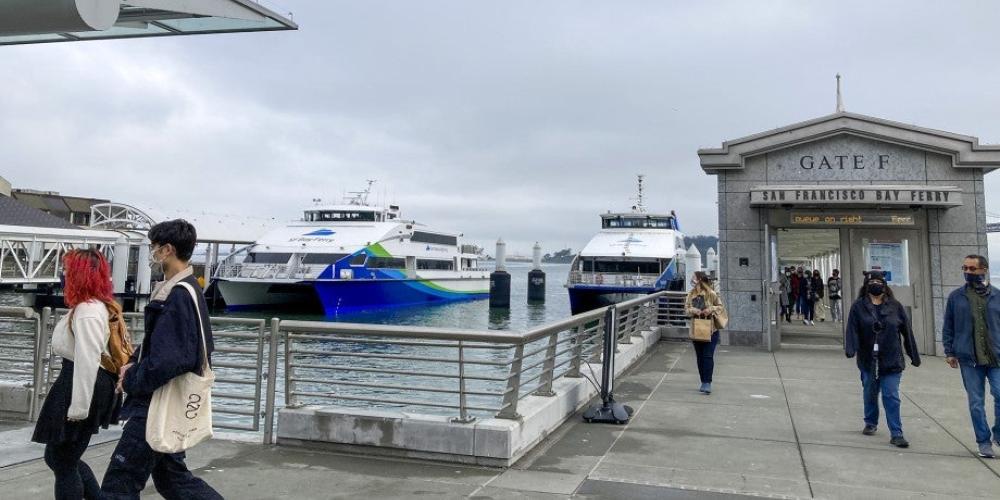 MTC’s commitment to fighting climate change is quietly on display on the San Francisco waterfront.

Completed in mid-2020, the project expanded the San Francisco Bay Ferry’s passenger boarding capacity by 300% (from two ferry slips to six), allowing the agency to offer more service on more routes. The San Francisco Bay Ferry can now serve up to 40,000 passengers a day. Additionally, the weekday number of departures offered today is 30% higher than that in service pre-pandemic.

The ferry terminal project was designed to hold up against the rising sea levels that are expected through the year 2100. It was also built in anticipation of the coming reconstruction of the Embarcadero seawall, set to be complete by 2027.

MTC’s support has expanded ferry services for travelers, who can glide across the bay from San Francisco to Alameda, Oakland or Vallejo — and now to Richmond, as well. By getting more people out of cars and on to public transit, the goal is to improve regional air quality now, and into the future.

RM 2, passed by Bay Area voters in 2004, increased the tolls on the region’s seven state-owned bridges by $1. The Bay Area Toll Authority — made up of members of the Metropolitan Transportation Commission — manages the toll revenue from these bridges. Part of the RM 2 toll increase goes to the operating funds for the San Francisco Bay Ferry. It also pays for services on and near the bridges, and contributes to other public transit operating funds.