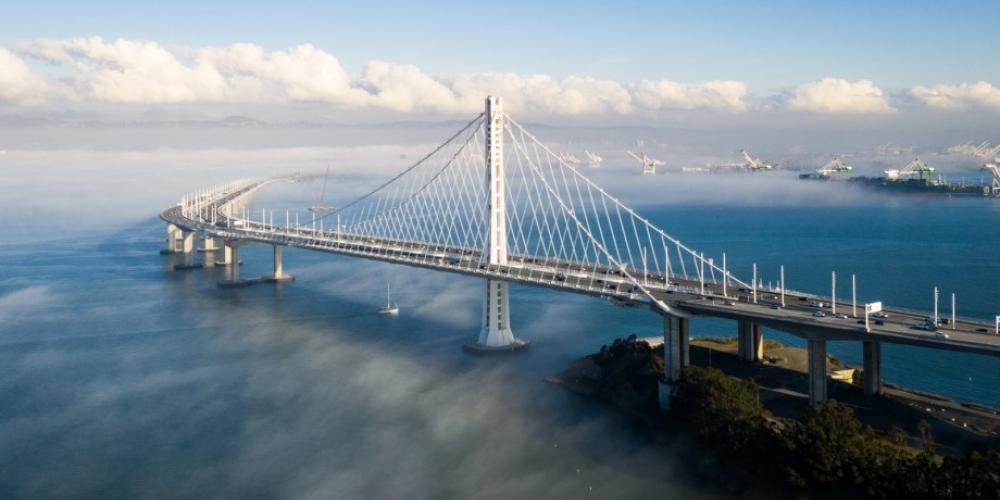 The Metropolitan Transportation Commission issues a briefing every two months as an easy to navigate snapshot of the issues the MTC is addressing as it works to move the Bay Area forward.

The Bay Area Toll Authority (BATA) reminds drivers that tolls at the region’s seven state-owned toll bridges went up $1 at 12 a.m. on Jan. 1, 2022. This is the second of the three $1 toll increases approved by the Legislature in 2017 through state Senate Bill 595 and by voters through Regional Measure 3 in June 2018. The first of these toll hikes went into effect on Jan. 1, 2019. The last of the Regional Measure 3 toll increases will go into effect on Jan. 1, 2025. MORE

MTC Looks Back at 2021 Work to Move Bay Area Forward

The year 2021 was a challenge for everyone across the Bay Area as the region worked to move forward while dealing with a pandemic that had difficult, multi-layered effects. MTC continued its work to improve the Bay Area, finding new and inventive ways to serve the 8 million people who live in nine counties and 101 cities. Read about MTC’s work in the past year as it served the Bay Area. MORE

As part of its Bay Bridge Forward initiative to move more people in fewer cars through the Bay Bridge corridor, MTC opened two newly constructed East Bay commuter parking lots in December. The Pivot Point Commuter Hubs include a 261-space lot adjacent to Interstate 80 at Buchanan Street in Albany and an 89-space lot beneath I-880 at Fruitvale Avenue in Oakland that ultimately will expand to 221 spaces as demand grows. Both lots are served by AC Transit Transbay express buses. The LA line will stop at the Buchanan Hub while the O line will stop at the Fruitvale Hub, which also is just a short walk from the Fruitvale BART station. Both lots can be used for carpooling; and each can accommodate service by employer shuttles. MORE

MTC Chair Alfredo Pedroza and Association of Bay Area Governments (ABAG) Executive Board President Jesse Arreguín lauded Congress for its passage of the nearly $1 trillion Infrastructure Investment and Jobs Act, noting that the funding package will help implement many of the 35 strategies included in Plan Bay Area 2050, the long-term regional plan for transportation, housing, the environment and the economy, adopted last October by both agencies. MORE

Bay Area Streets May be Steep, But Pavement Quality is Flat

Overall pavement conditions on the Bay Area’s nearly 44,000 lane-miles of local streets and roads landed once again in fair territory, with the typical stretch of roadway showing serious wear and likely to require rehabilitation soon. Data released by MTC put the region’s 2020 pavement condition index (PCI) score at 67 out of a maximum possible 100 points, as computed on a three-year moving average basis. This marks the fifth consecutive year Bay Area streets and roads have registered an average score of 67 and underscores the continuing challenges faced by cities’ and counties’ public works departments. MORE

The annual installation of a festive wreath above the Bay Bridge’s westbound Yerba Buena Island Tunnel portal greeted drivers during the holidays. The Bay Area Toll Authority and Caltrans contracted Ghilotti Construction for the work. This marked the 10th consecutive year BATA and Caltrans have teamed up to extend holiday season greetings to travelers on the region’s busiest transbay crossing. MORE

MTC has launched a new Bay Trail section to its website at mtc.ca.gov/baytrail. Featuring refreshed content and the latest news about the Bay Trail, a planned 500-mile regional trail along the shoreline of 47 Bay Area cities, these web pages will replace the website formerly found at baytrail.org. MORE