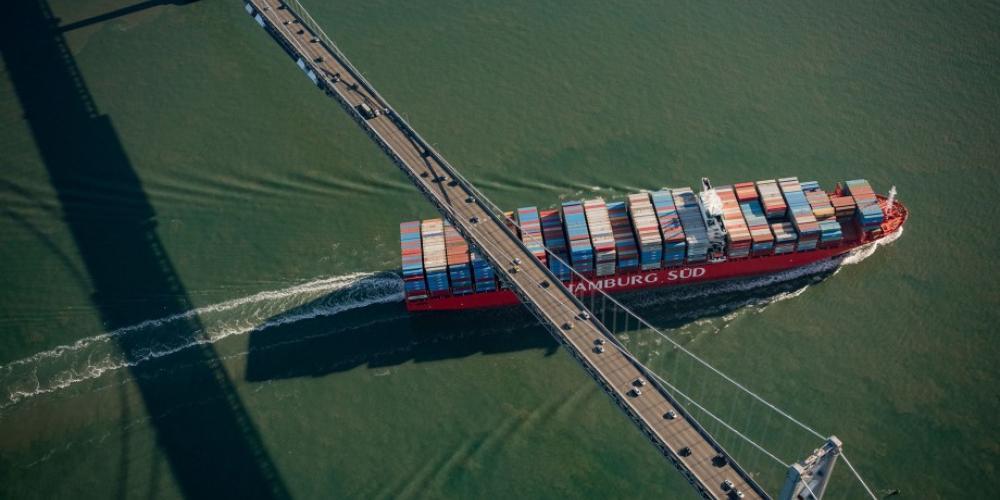 Metropolitan Transportation Commission (MTC) Chair Alfredo Pedroza and Association of Bay Area Governments (ABAG) Executive Board President Jesse Arreguín are lauding Congress for its passage Friday of the nearly $1 trillion Infrastructure Investment and Jobs Act, noting that the funding package will help implement many of the 35 strategies included in Plan Bay Area 2050, the long-term regional plan for transportation, housing, the environment and the economy adopted last month by both agencies.

“The bipartisan infrastructure bill provides a lot of the fuel we need to put Plan Bay Area 2050 into action,’ said Pedroza, who also serves as a Napa County Supervisor. “Not only will the big increase in transit capital funding help modernize our existing transit network to serve a new generation of customers but expansion of the discretionary grant programs will allow the Bay Area to compete for money that can move big new projects from the plan to reality. Our Bay Area congressional delegation deserves a lot of credit for its work in shaping this legislation.”

Arreguín, who in addition to his ABAG role serves as mayor of Berkeley, pointed to other elements of the bill that include $65 billion for expanding broadband service, $65 billion for upgrading the power infrastructure and $71 billion for resilience, water storage and environmental remediation. “The new bill will advance goals like narrowing the digital divide for households with lower incomes, reducing greenhouse gas emissions by making electric vehicles more practical for more people, and helping our shoreline cities coordinate efforts to adapt to rising sea levels.”

Bay Area transportation projects will be able to compete for some $140 billion to be distributed nationwide over the next five years through various grant programs included in the new bill. A $4.5 billion set-aside to fund bridge repair projects across California will enable Bay Area cities and counties to compete for funds to upgrade bridges along local streets and roads. Other sections of the bill dedicate funding for airports, ports and inland waterways.

The biggest piece of the new infrastructure bill is a roughly $475 billion reauthorization of the core federal transportation program for the next five years. This marks a 56 percent increase over the current Fixing America’s Surface Transportation (FAST) Act, which was signed into law in 2015. The new five-year federal program is expected to deliver about $4.5 billion to the Bay Area through established formulas.

The resilience, remediation and water storage sections of the Infrastructure Investment and Jobs Act include $17 billion nationwide for Army Corp of Engineers flood control projects; more than $8 billion for reservoirs, water recycling and ecosystem restoration in California and other western states; and $3.3 billion for efforts to reduce wildfire risks — including community wildfire defense grants, controlled burns, and funds to boost federal firefighters’ salaries. Other investments include increased funding for the San Francisco Estuary Partnership and restoration projects around the bay, $1 billion for FEMA’s Building Resilient Infrastructure and Communities (BRIC) grants, and $1 billion for grants to states and local governments to develop cybersecurity plans.

The new bill’s $65 billion investment to help build out broadband service will allow California and other states develop and implement digital equity plans and to subsidize the cost of Internet service for low-income households. The $65 billion in the power infrastructure and clean energy sections of the bill will create a new Grid Deployment Authority; provide grants to states, grid operators and other entities to harden the electric grid against extreme weather events; establish at least four regional clean hydrogen hubs; fund block grants to state and local governments for energy efficiency and conservation projects; and fund a competitive grant program for states or regional partnerships to update building energy codes.