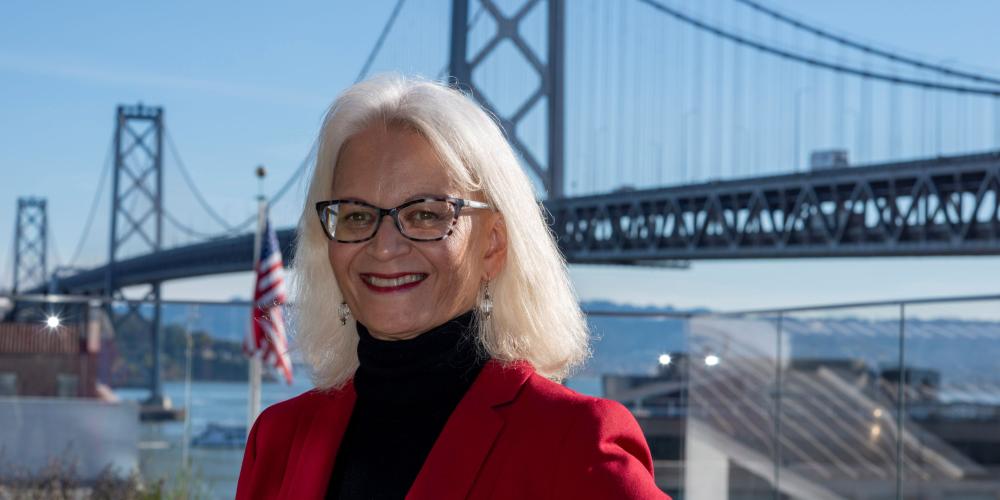 Therese W. McMillan, executive director of the Metropolitan Transportation Commission (MTC) and the Association of Bay Area Governments (ABAG) since 2019, notified the Commission that she will retire from both positions on January 31, 2023.

"After more than three decades of exceptional public service spanning local, regional and federal roles, including four years guiding both MTC and ABAG through some of the most difficult challenges ever to face the Bay Area, Therese has established an undisputed record of effective and committed leadership,” observed MTC Chair and Napa County Supervisor Alfredo Pedroza. “The Commission is thankful for Therese’s dedication to the Bay Area and our residents. Her leadership has strengthened MTC’s position to continue the bold initiatives underway.”

McMillan, who first joined the MTC staff in 1984 as a transportation planner, served in a series of increasingly responsible positions over the next 25 years, including nine years as MTC’s Deputy Executive Director for Policy before her 2009 appointment by then-President Barack Obama to serve as Deputy Administrator of the Federal Transit Administration in the U.S. Department of Transportation. McMillan subsequently served as Acting FTA Administrator from March 2014 to March 2016 before returning to California in April 2016 as planning chief for the Los Angeles County Metropolitan Transportation Authority. During the final six years of her original MTC tenure, McMillan also was an instructor of transportation funding and finance in the Transportation Management graduate program at San Jose State University’s Mineta Transportation Institute.

“It has been a tremendous honor to serve the Commission and the ABAG Executive Board members, my wonderful staff, our numerous regional partners, and most importantly, the people of the Bay Area,” said McMillan.

MTC is the transportation planning, funding and coordinating agency for the nine-county San Francisco Bay Area. ABAG is the regional planning agency for the Bay Area's nine counties and 101 cities and towns, and is recognized as the first council of governments in California. MTC will provide details on the upcoming process for recruiting a new executive director as soon as they are available.