Happy 85th to the Bay Bridge 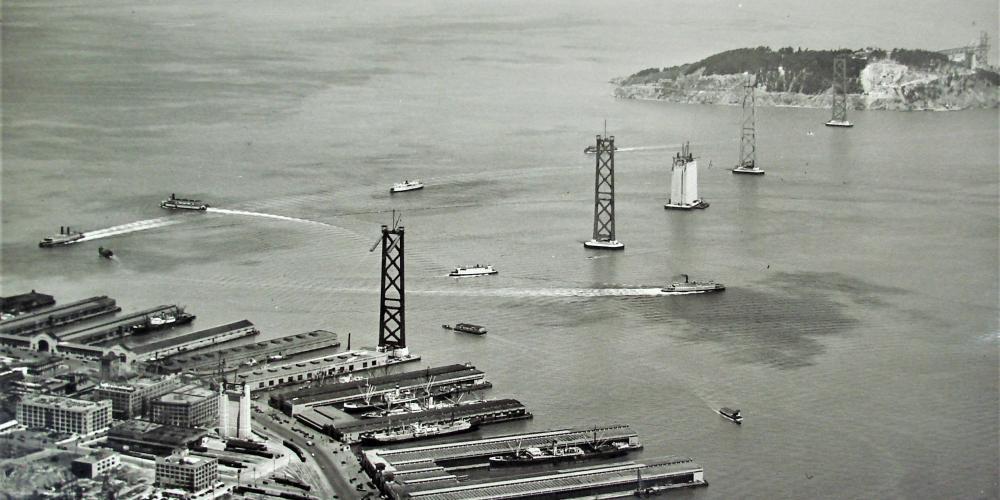 Construction of the Bay Bridge, circa 1935.

November marks the 85th anniversary of the opening of the San Francisco-Oakland Bay Bridge. The span opened Nov. 12, 1936, six months before the Golden Gate Bridge.

The MTC Library has uncovered a document that is a fun read for fans of the Bay Bridge and history. The document was published in November 1936 by the California Department of Public Works to commemorate the opening.

The publication has many photos and stories about the building of the span, as well as opening day ceremonies and documents President Franklin D. Roosevelt's participation in the event.

There are also some projections about the span's future that didn't quite come true: "...according to our most careful estimates, the bridge should pay for itself in about 20 years. After that it will become a FREE BRIDGE!"

The bridge is the region's workhorse bridge, carrying more than a third of the traffic of all of the state-owned bridges combined.