The budget proposes $2 billion from the General Fund for the Transit and Intercity Rail Capital Program, a statewide competitive grant program, up from $1 billion proposed in last year’s May Revise.  While this is substantially less than the $5 billion that MTC and the region’s transit operators and county transportation agencies requested, it’s a good start to the negotiations and demonstrates the administration’s commitment to public transit.

The governor renewed his request for $4.2 billion from voter-approved Proposition 1A bond for high-speed rail in the current fiscal year to fund the segment from Madera to North of Bakersfield, which MTC supports. Notably, this would require the Legislature to reopen the current year’s budget, potentially opening the door to other immediate funding augmentations. The budget also requests $600 million to support bicycle and pedestrian transportation, $500 million for high-priority grade separation projects and $400 million for state and local climate resilience related to transportation.

On housing, the governor’s budget proposal underscores the connection between MTC’s and ABAG’s housing, equity and climate goals with a focus on infill housing. The proposal builds on sizeable multi-year commitments made in the current year’s budget for a total of $9 billion to build and preserve affordable housing and $8 billion to reduce homelessness.  It proposes $75 million for the Affordable Housing and Sustainable Communities Program, $225 million for the Infill Infrastructure Grant Program and $50 million for a mixed-income rental housing loan program for households with incomes between 30 percent and 120 percent of area median income, all of which will help fund the affordable housing called for in the Bay Area’s Regional Housing Needs Allocation. The budget proposal also includes $500 million for cities and counties across the state to help them build and secure housing for people living in encampments.

Climate change remains a huge focus of the governor’s budget, as evidenced by a $6.1 billion request over five years to accelerate the transition to zero-emission vehicles, including transit vehicles and school buses. Of this total, $3.5 billion is proposed to come from the General Fund.  The proposed budget also continues a strong focus on building resilience to a changing climate, with an additional $1.2 billion proposed over two years to reduce wildfire risk, $750 million to address drought and $135 million for local and regional adaptation planning and implementation of resilience projects, among many other proposals. 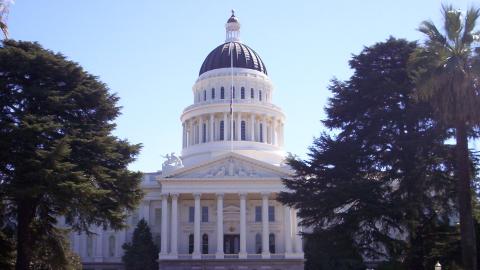