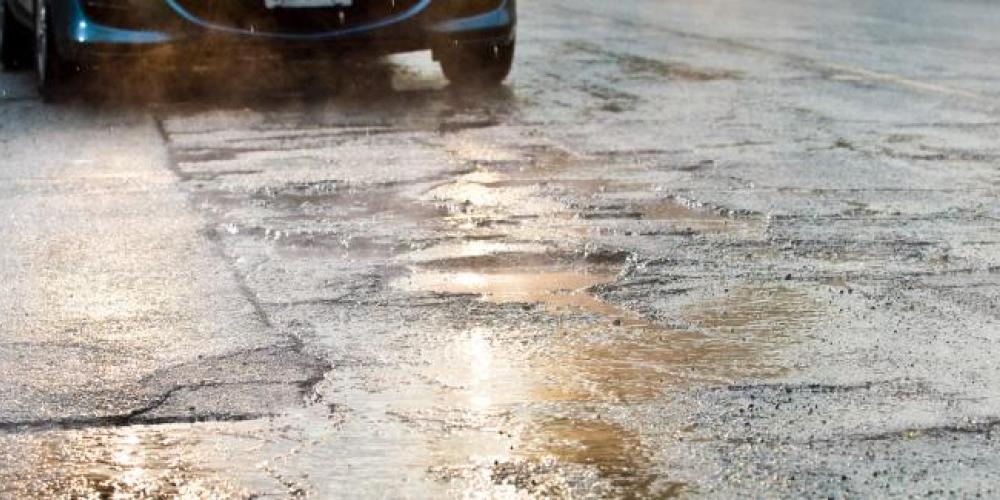 Overall pavement conditions on the Bay Area’s more than 43,000 lane-miles of local streets and roads landed once again in fair territory last year, with the typical stretch of asphalt showing serious wear and likely to require rehabilitation soon. Data released today by the Metropolitan Transportation Commission (MTC) put the region’s 2019 pavement condition index (PCI) score at 67 out of a maximum possible 100 points, as computed on a three-year moving average basis. Though this reflects a four-point improvement since the early 2000s, it also marks the fourth consecutive year Bay Area streets and roads have registered an average score of 67 and underscores the continuing challenges faced by cities’ and counties’ public works departments.

“MTC’s goal is to boost the regional average PCI score to about 85 points, which is close to where streets in cities like Dublin, Cupertino and Palo Alto are right now,” explained Commission Chair and Alameda County Supervisor Scott Haggerty. “The good news is that the SB 1 gas tax money that cities and counties began receiving a couple years ago has helped prevent sliding backward. But the bad news is that forward progress is slow and there’s still a long, steep climb to get where we want to be.”

PCI scores of 90 or higher are considered “excellent.” These are newly built or resurfaced streets that show little or no distress. Pavement with a PCI score in the 80 to 89 range is considered “very good” and shows only slight or moderate distress, requiring primarily preventive maintenance.  The “good” category ranges from 70 to 79, while streets with PCI scores in the “fair” (60-69) range are becoming worn to the point where rehabilitation may be needed to prevent rapid deterioration. Because major repairs cost five to 10 times more than routine maintenance, these streets are at an especially critical stage. Roadways with PCI scores of 50 to 59 are deemed “at-risk,” while those with PCI scores of 25 to 49 are considered “poor.” These roads require major rehabilitation or reconstruction. Pavement with a PCI score below 25 is considered “failed.”  Among the region’s three largest cities, San Francisco last year climbed higher into the “good” category by raising its three-year moving average score from 72 to 74, while San Jose (66) and Oakland (53) remained in the “fair” and “at-risk” classifications, respectively.

Dublin tops the list of Bay Area pavement rankings for the 2017-19 period, with an average PCI score of 85.  Other cities with three-year PCI scores in the “very good” range include Cupertino and Palo Alto (84); Clayton and Brentwood (82); Daly City and unincorporated Solano County (81); and Danville, El Cerrito, Foster City, Los Altos Hills and Woodside (80).

The lowest-ranked pavement in the Bay Area once again was found in Petaluma, which recorded a PCI score of 45 for 2017-19. The only other jurisdictions with three-year average PCI scores in the “poor” range are Pacifica (46), unincorporated Napa County (47) and unincorporated Sonoma County (49).

The complete 2019 Pavement Conditions Summary — including percentages of local roadways in various conditions, and a listing of average PCI scores for the arterials, collector roadways and residential streets for all Bay Area counties and cities — may be accessed at mtc.ca.gov/sites/default/files/PCI_table_2019_data.pdf.