Walk SF has released a report detailing how San Francisco can become a "safe speeds city." Speed is consistently the No. 1 cause of severe and fatal crashes in San Francisco, according to the report.

This year, with the help of volunteers and neighborhood groups, Walk SF conducted speed surveys around the city. It also looked at what San Francisco is – and isn’t – doing related to speed.

The surveys showed that all neighborhoods face frequent dangerous speeds for people walking, according to the report, released earlier this month.

The threat is citywide, but varies widely depending on the type of street and level of safety improvements. The speed survey data likely underestimates speeds — possibly significantly, the report states.

On some four- and five-lane streets, the average top speeds were pushing 15 mph above the speed limit — or higher, but there are solutions to address the issue.

MTC has adopted a regional Safety/Vision Zero policy and has begun development on a Regional Integrated Safety Data System to provide jurisdictions with a consistent source of data and tools for conducting safety analyses and informing their safety plans and projects. More information on the Vision Zero Working Group can be found here. 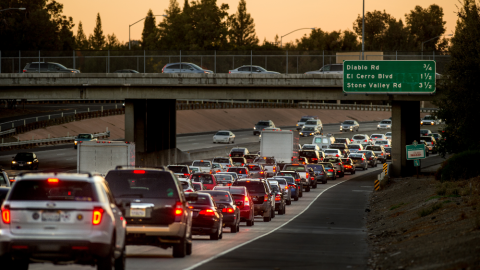