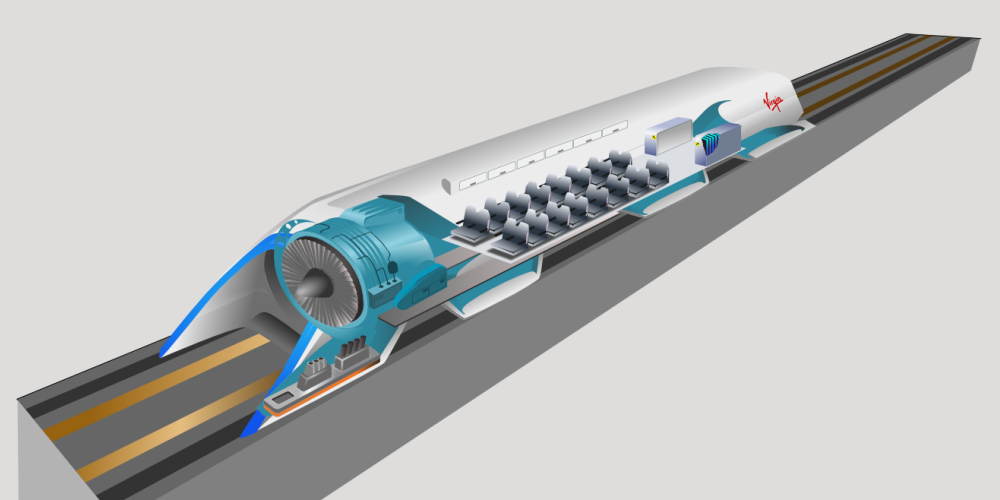 While California's high-speed rail project has hit some bumps, testing on the Hyperloop One in Nevada is on track and holds the promise to deliver people and goods at greater speeds, according to an article in the New York Times.

Hyperloop would send pods screaming through tubes in excess of 700 mph. By sucking air out of the tunnel and having the trains float over rails via a magnate system, drag would be reduced allowing high speeds to be achieved. The Virgin Group has invested in the technology and is helping fund the testing in Nevada. The system is explained in this video.

Interestingly, backers say the system would allow commuters to live farther from their place of work in more affordable housing outside of an urban center.

In addition to people, the system could also carry light cargo. Because the system is enclosed it wouldn't be affected by bad weather and would be built to gird against damage from earthquakes, according to supporters.