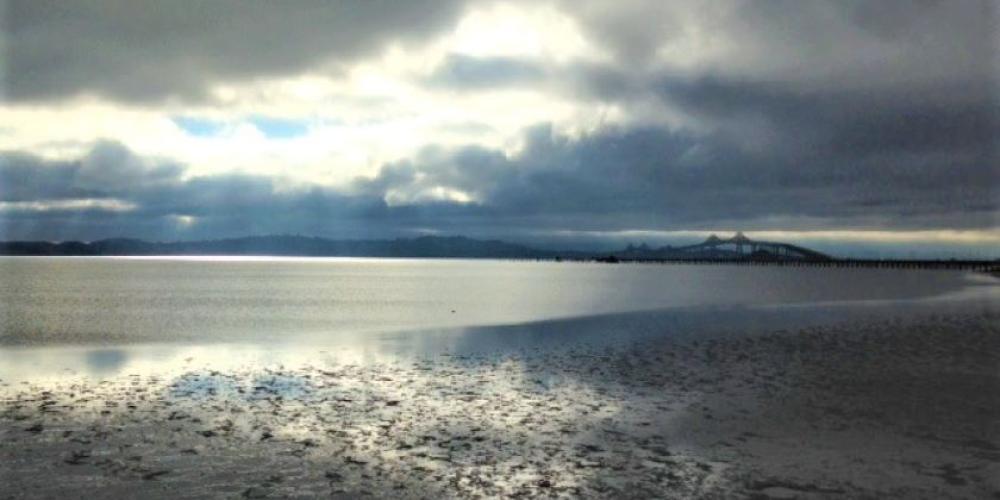 In the San Francisco Bay Area, organizations like the San Francisco Estuary Partnership, Save the Bay, Friends of Five Creeks, and The East Oakland Collective are celebrating National Estuaries Week with public stewardship events such as volunteer shoreline cleanups, marsh restoration workdays, and community tours. The week will culminate with the annual California Coastal Cleanup Day (which also coincides with Oakland’s Creek to Bay Day) on Saturday, September 21. Visit the National Estuaries Week website to find events near you or to register your organization to host an event.

The celebration first originated in 1988 as National Estuaries Day, an annual event founded by the National Oceanic and Atmospheric Administration (NOAA) to engage public stakeholders in America’s estuaries through outreach and stewardship events. However, when federal support waned in the late 1990s, the event disappeared for about a decade. In 2007, Restore America’s Estuaries—a national alliance of 10 coastal conservation groups—brought back National Estuaries Day, and the event was so popular that in 2013 it was expanded to a full week so that more organizations could participate. Each year since then, Congress has reliably reauthorized the third week of September as “National Estuaries Week.”

Senate Resolution 305, which passed unanimously on August 1, represents a particularly strong bipartisan mandate to preserve, protect, restore, and study estuaries throughout the United States. According to the text, the Senate “recognizes that human activities can have significant positive and negative impacts on the quality and productivity of estuary resources” and “acknowledges the importance of estuaries to … the economic well-being and prosperity of the United States.”