Report: Commute can still be messy even though throngs work from home

While the number of people working primarily from home tripled between 2019 and 2021, the impact on commute time was minimal, according to a new report from Yardi Kube that uses U.S. Census data.

The report suggests workers in many cities can shorten their morning commute by adjusting their departure time, avoiding the timeslots when most commuters are leaving for work.

Close to 28 million people were working remotely in 2021, according to data from the U.S. Census Bureau, up from less than 9 million in 2019. But in the last three years, there has been only a 2-minute drop in commute times nationwide.

In the Bay Area, San Jose, San Francisco and Oakland peak commute times were between 8 and 8:29 a.m., according to the report.

Between 8 and 8:29 a.m., there are more than 44,000 commuters on the road, or about 18% of all workers in San Francisco. While public transportation is highly reliable in the city, commuting to work in the morning can eat up time. If San Francisco commuters would leave between 8:30 and 8:59 a.m., when only about 19,000 commuters (or about 8% of all workers) are on their way to work, workers would shorten time spent commuting by over 17 hours per year. 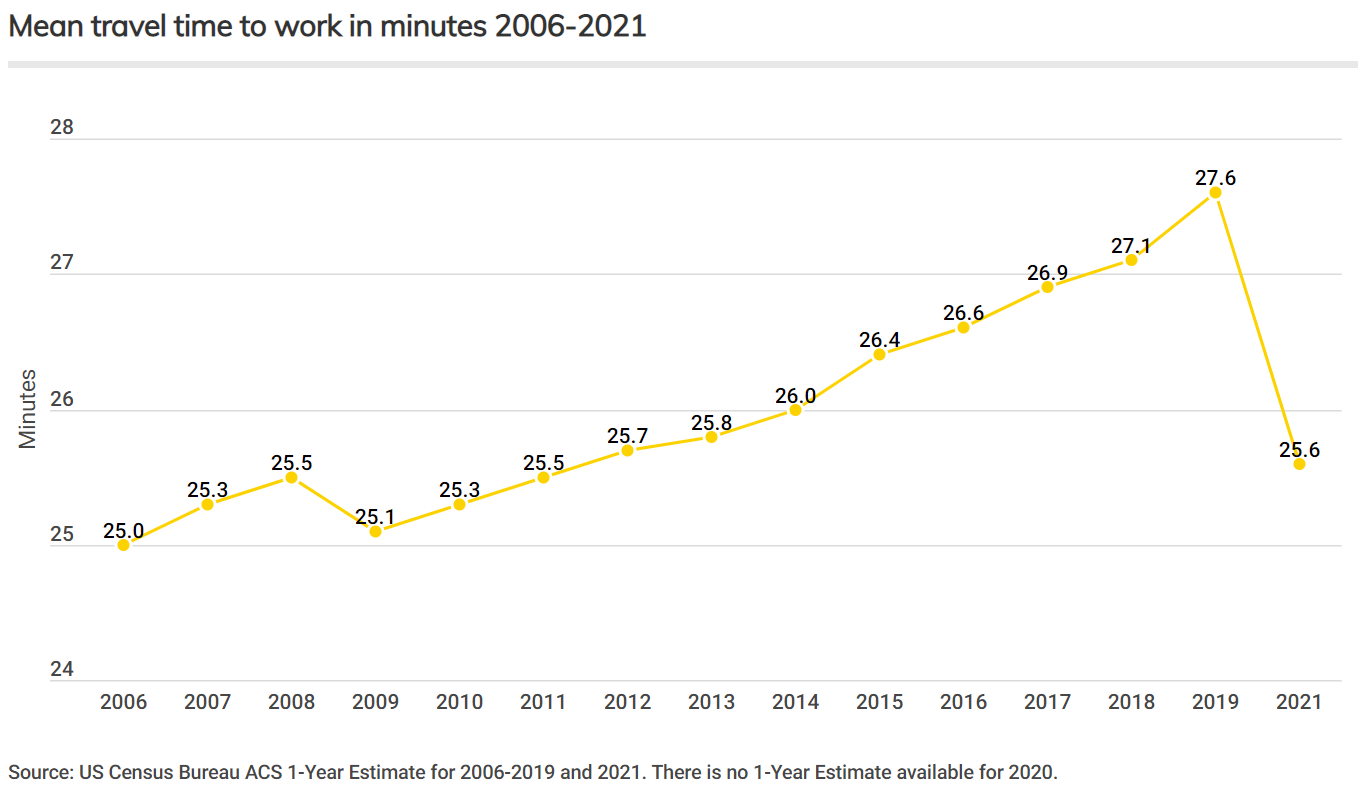 Check out the full study and how more cities are ranked here: https://www.yardikube.com/blog/the-best-time-to-leave-for-work-according-to-data-from-the-us-census-bureau/ .