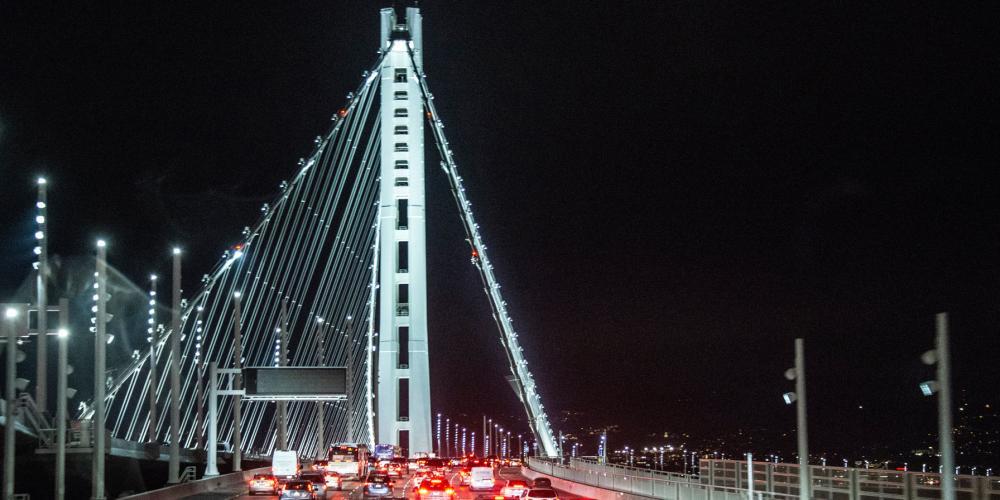 The construction of any new travel route across San Francisco Bay would have a transformative effect on the Bay Area, reshaping both the region’s transportation network and its broader growth pattern.

Crossings: Transformative Investments for an Uncertain Future is one in a series of Perspective Papers developed as part of the Horizon initiative, led by the Metropolitan Transportation Commission and the Association of Bay Area Governments.

The Crossings Perspective Paper was developed to embrace the uncertainty and to test the extent to which potential new crossings of San Francisco Bay can be expected to perform in each of the three “futures” considered as part of the Horizon process. Crossings makes observations about the relative merits of seven different potential Transbay crossings with respect to mode and performance under these different futures, and it includes recommendations about which crossings should be analyzed further in the coming months and years.

The report does not provide specific conclusions about the selection of any specific crossing. Rather, the findings and conclusions of this Perspective Paper will help inform the preparation of Plan Bay Area 2050, the region’s long-term blueprint for transportation, housing, the economy, and the environment.