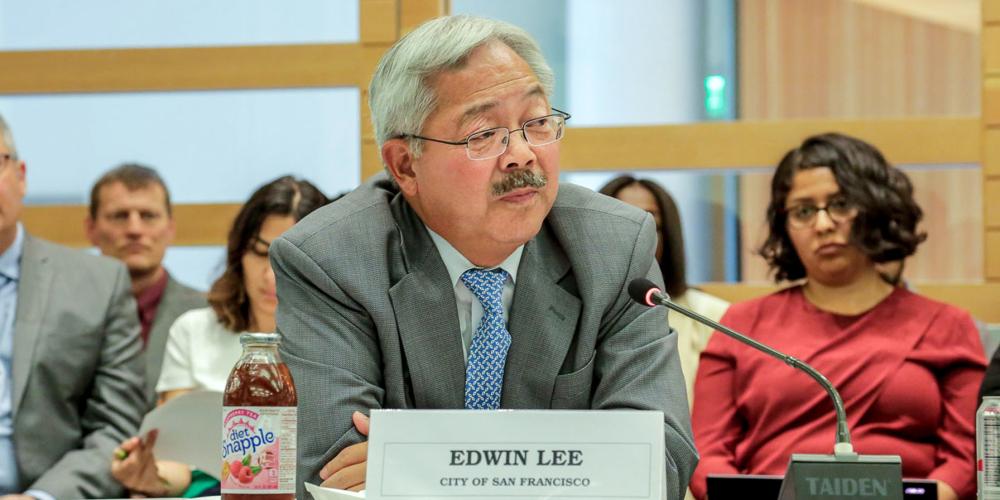 The late San Francisco Mayor Ed Lee was honored at yesterday's MTC Commission meeting with a moment of silence and resolution of appreciation.

In the below video, MTC Commission Chair Jake Mackenzie reads the posthumous resolution of appreciation while commissioner and Mayor of Oakland Libby Schaaf as well as commissioner and Mayor of San Jose Sam Liccardo offer remembrances for their departed friend. Schaaf and Liccardo both emphasized Lee's commitment to regionalism, his dedication to public service, his humanity and decency, and his sense of humor.