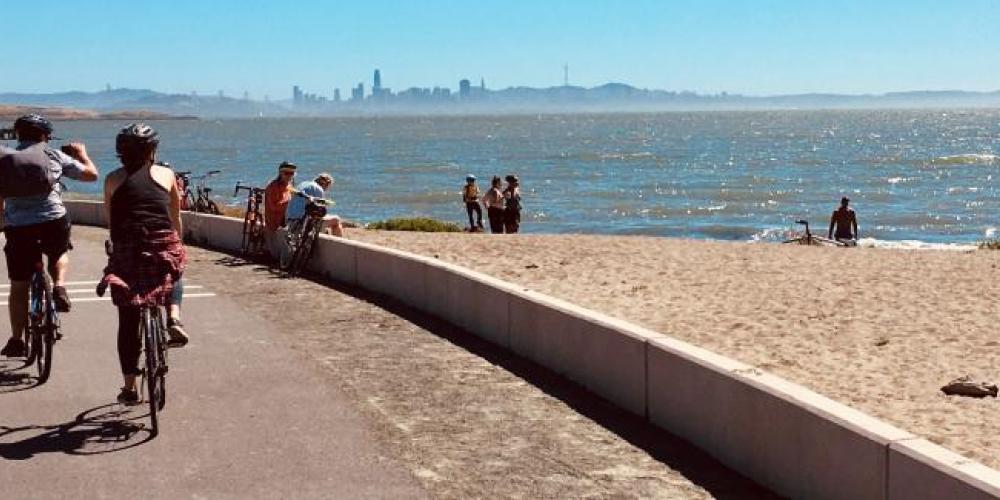 A new segment of the Bay Trail, the Albany Beach Bay Trail behind Golden Gate Fields in Berkeley/Albany, opened in May and has garnered praise in an article in the San Francisco Chronicle.

“With the completion of this segment of Bay Trail connecting over 50 existing trail miles, one can begin to understand and experience the benefits of the Bay Trail vision – a long-distance trail that crosses city and county boundaries, linking communities to each other and to the bay,” said Laura Thompson, Bay Trail Project Manager.

The Bay Trail plan was adopted by the Association of Bay Area Governments in June 1989. Envisioned as a 500-mile “ring around the Bay,” today some 355 miles of trail are built along the perimeter of San Francisco Bay.

Other new segments have opened recently, including a bicycle-pedestrian along the upper deck of the Richmond-San Rafael Bridge.

Stay tuned to the Bay Trail website for announcements and future events.