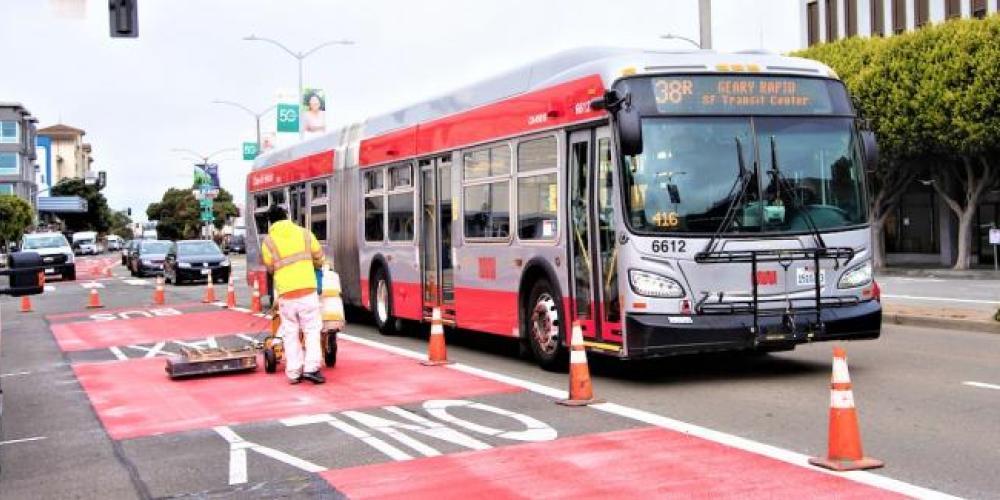 Buses on Geary Boulevard east of Stanyan Street will benefit from new red lanes that are part of Geary Rapid Project construction, according to the San Francisco Municipal Transportation Agency.

San Francisco is a leader in using red transit lanes to give buses and trains priority on the street. Following San Francisco’s success, many cities are now using this approach, including New York, Washington, D.C., Portland, Seattle and Boston among others, according to SFMTA.

MTC and SFMTA are transportation partners.