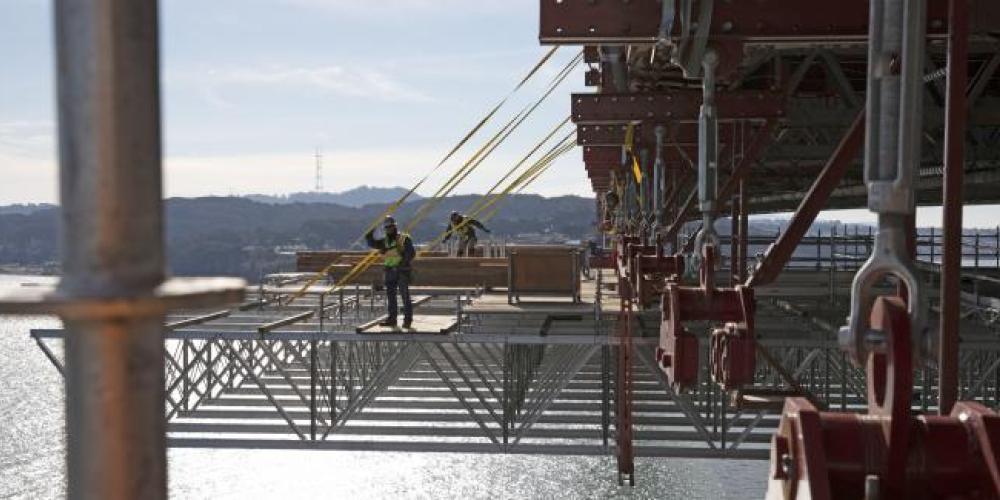 Work has slowed on one of the more significant projects underway in the Bay Area — a suicide barrier on the Golden Gate Bridge, span officials said this week.

When bids for the project came in over budget in 2016, MTC provided $40 million to fill a gap for the critical work, expected to save hundreds of lives. In all, MTC has provided about $75 million to the project.

But bridge officials say the work has slowed because of construction issues and will now be completed in 2023 instead of 2021. The entire $204 million project involves installing the equivalent of seven football fields of netting along the 1.7-mile bridge that will be placed on struts.

The net will be made of stainless steel, marine-grade cable to stand up to the elements. The bridge district’s barrier plan calls for a net extending 20 feet below and 20 feet from the side of the span, although it will have to be modified in certain areas because of surrounding terrain.