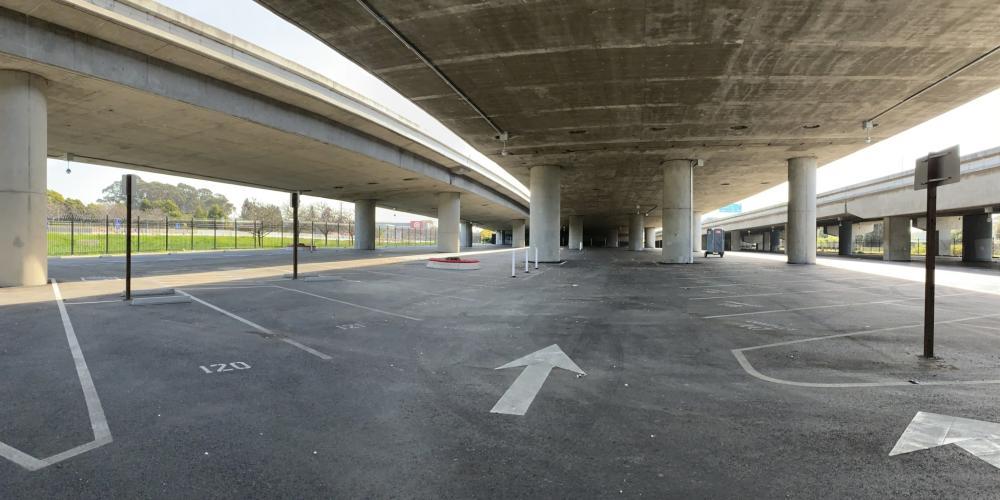 The Pivot Point Commuter Hubs include a 261-space lot adjacent to Interstate 80 at Buchanan Street in Albany and an 89-space lot beneath I-880 at Fruitvale Avenue in Oakland that ultimately will expand to 221 spaces as demand grows. Both lots are served by AC Transit Transbay express buses. The LA line will stop at the Buchanan Hub. The O line will stop at the Fruitvale Hub, which also is just a short walk from the Fruitvale BART station. Both lots can be used for carpooling; and each can accommodate service by employer shuttles.

The Pivot Point Commuter Hubs are open from 6 a.m. to 8 p.m., Monday through Friday. Each hub is gated and will be staffed by parking attendants. MTC is in the process of installing bike racks, bike lockers and EV chargers at each hub. Lots eventually will also provide real-time information on parking availability.

Free parking will be available at each of the new lots in December and January. Beginning Feb. 1, 2022, the cost to park will be $3 daily or $60 a month. Users can pay with their phones using the PassPort mobile payment app. The Pivot Point hubs were developed in partnership with Caltrans, which owns the parcels.

Work was funded through Regional Measure 2, which was approved by voters in 2004 and raised tolls by $1 on each of the region’s seven state-owned toll bridges to finance a range of highway and transit improvements.