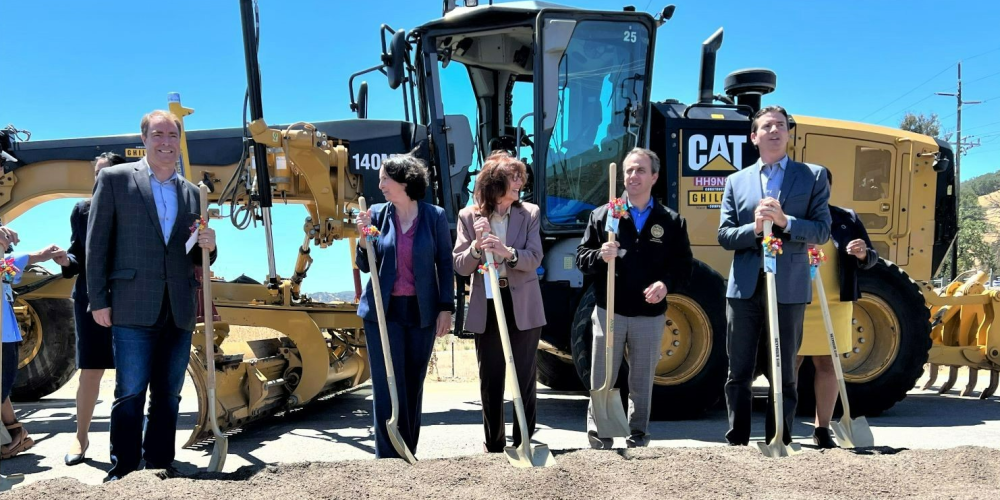 The completion of the Highway 101 Marin-Sonoma Narrows widening is in sight with the groundbreaking Thursday of the final segment of the project between Novato and the Sonoma/Marin county line.

In May 2021, the Metropolitan Transportation Commission provided $76 million in STP/CMAQ funding to help the overall $135 million project move forward.  Upon completion, all of the Highway 101 widening will be finished.

The project will also restripe the Redwood Boulevard frontage road for Class II bike lanes in Novato, creating a continuous bikeway between Novato and Petaluma.

MTC has long identified improvements to the U.S. 101 corridor in the North Bay as an important regional priority, including the Marin-Sonoma Narrows, where lanes narrowed from three to two creating bottlenecks. The work expands lanes from four to six, adding a carpool lane in each direction.

Earlier this week, Caltrans and the SCTA announced the opening of another portion of the widening: the southbound carpool lane on Highway 101 in Petaluma. It is the final milestone on the Petaluma Widening Project that adds north and southbound carpool lanes between Corona Road and Lakeville Highway (State Route 116).