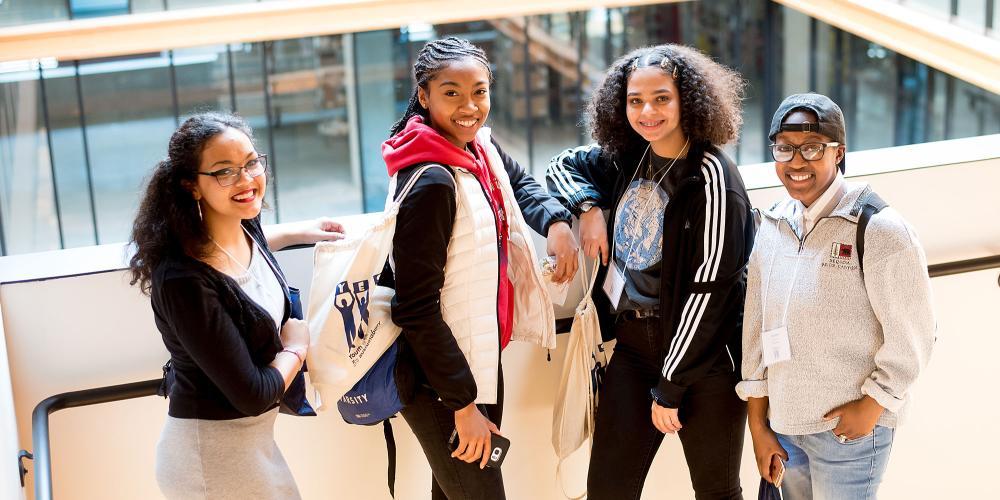 Students attending the Youth for the Environment and Sustainability Conference at the Bay Area Metro Center in 2017.
Noah Berger

Led by MTC and ABAG, Vital Signs is the Bay Area’s performance monitoring initiative, tracking key trends related to transportation, land and people, the economy, the environment and social equity.  Vital Signs puts data in local, regional and national context by evaluating indicators over time, examining differences between cities and counties, and comparing the Bay Area with other peer metropolitan areas.

Sometimes, zooming out to the international level can be just as illuminating. This new report – International Comparisons of Intergenerational Trends – from the Resolution Foundation, a British think tank, is definitely worth a look. The report “explores the extent to which the UK’s generational living standards challenge is replicated in other high-income economies,” focusing on trends in income gains and losses, labor markets, and housing and wealth for younger adults and millennials.

The report has lots of fascinating findings (key points excerpted in full below), but one particularly interesting data point concerns relatively low housing stock levels, especially among primarily English-speaking countries – all of whose younger generations, it should be noted, are facing major housing price pressures.

Figure 29 suggests that in comparison to other high-income countries, fast-rising house prices relative to incomes in the countries studied have in large part been caused by both low levels of housing stock and a lack of house building. In 1990, the UK, Australia, and the US all had comparatively low levels of housing stock relative to population size, and while this increased slightly between 1990 and 2000, these levels have since declined. As a result, the levels of housing stock per 1000 inhabitants aged over 20, in the whole period from 1990 and 2015, increased only marginally in the UK from 555 homes to 560, and decreased in Australia from 544 to 539. In the US, the figure in 1990 was roughly the same as the figure in 2015… Comparatively, in Germany and Japan… housing stock per 1,000 inhabitants aged over 20 has risen rapidly from 546 to 616 and 459 to 576 respectively.

Here in the Bay Area, we have an especially acute problem with a lack of housing stock and housing price pressures. It’s interesting to see, however, that the same phenomenon bedevils the United States as a whole in comparison to other high-income countries, and that a similar problem also exists in other primarily English-speaking countries such as the UK, Canada and Australia.

This could just be a coincidence, of course, and the report is careful to note, “[w]hile housing stock plays a key role in determining price, it is only one of many drivers that feeds into housing affordability. Other factors such as access to credit, earnings levels, interest rates, changing tenure preferences and multiple home ownership will also play a part.” Indeed, there are several countries – although their performance is better along this particular measure – that are not necessarily models which we would wish to follow: Greece, Portugal, Spain and Italy have all to varying degrees had messy economic and social trajectories over the past generation, complicated in large part because of the nature of the European Union. However, the fact that other high-income countries such as France, Finland, Sweden, Denmark, Norway have done much better on this measure is notable, as is the fact that Germany and Japan were able to improve their per-capita housing stock so dramatically.  Progress is possible!

Below are the report's key findings: