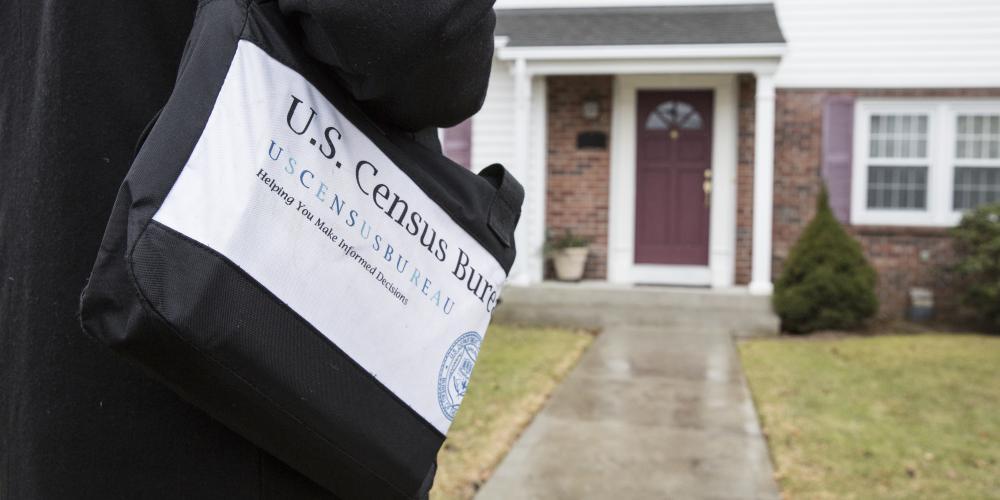 The U.S. Census Bureau today released their 2017 local population estimates and – as usual – there’s a smorgasbord of fascinating data on where and how the U.S. population changed between July 1, 2016 and July 1, 2017.

From the press release:

The Dallas-Fort Worth-Arlington metropolitan area’s 146,000-population increase last year was the most of any metro area and Maricopa County, Ariz., saw a population increase of nearly 74,000 — the most of any county last year — according to the U.S. Census Bureau’s July 1, 2017, population estimates released today. The statistics provide population estimates and components of change for the nation’s 382 metropolitan statistical areas, 551 micropolitan statistical areas and 3,142 counties…

Among the nation’s counties, the top 10 with the largest numeric growth are all located in the South and the West. The 10 largest counties in the country all maintained their rank compared to last year.

From July 1, 2016, to July 1, 2017, six of the top 10 largest-gaining counties were in Texas — Bexar, Collin, Dallas, Denton, Harris and Tarrant. The remaining four counties on the list were Maricopa County, Ariz.; Clark County, Nev.; Riverside County, Calif.; and King County, Wash. Most of the nation’s 3,142 counties grew, with 57 percent gaining in the last year.

For an interesting perspective breaking down the nation's recent population growth through the lens of 2016 Presidential Election results, check out this piece from Jed Kolko over at CityLab: Red Counties + Blue Folks = Purple? Reading the New Census Data.

Closer to home, the story is much more “slow and steady.”  None of the region’s nine counties are seeing numeric or percentage population growth anywhere near the Sunbelt boom counties in Texas, Arizona, Nevada, Utah, Florida, Georgia, or California’s Inland Empire. But, for the most part, the region's counties aren't experiencing the same kind of decline that many counties in the Rust Belt and Appalachia are seeing either.

As can be seen in the below table, Alameda, Contra Costa and San Francisco experienced the largest numeric increases in the region from 2016 to 2017, while Solano experienced the largest percentage increase. In contrast to Solano, though, the region’s other North Bay counties are either shrinking or barely growing: Marin and Napa counties, for instance, are each estimated to have lost hundreds of residents over the period.

One way the Census Bureau breaks down population growth is to look at “natural increase,” or the difference between births and deaths in a given county over time.  As can seen below, from July 1, 2016 to July 1, 2017, the Bay Area counties experiencing relatively larger “natural increase” were the larger South and East Bay counties, while births were just barely out-pacing deaths in the smaller North Bay counties.

An interesting factoid here is that – with the notable exception of Solano County – none of the other Bay Area counties saw positive net domestic migration between July 1, 2016 and July 1, 2017, as shown below. The only reason San Francisco, Contra Costa and Alameda counties saw positive net migration overall is that more people moved in from abroad than left to other domestic destinations.

Of course, there are all kinds of underlying policy drivers and implications for data like this – including the housing crisis, an exceptionally strong regional economy with a very tight labor market, continued fall-out from the 2017 North Bay wildfires, congestion and future transportation investments, and economic development strategies.  Expect to see more detailed data analysis from Vital Signs in the near future, as well as continued coverage of these issues in future blog posts.