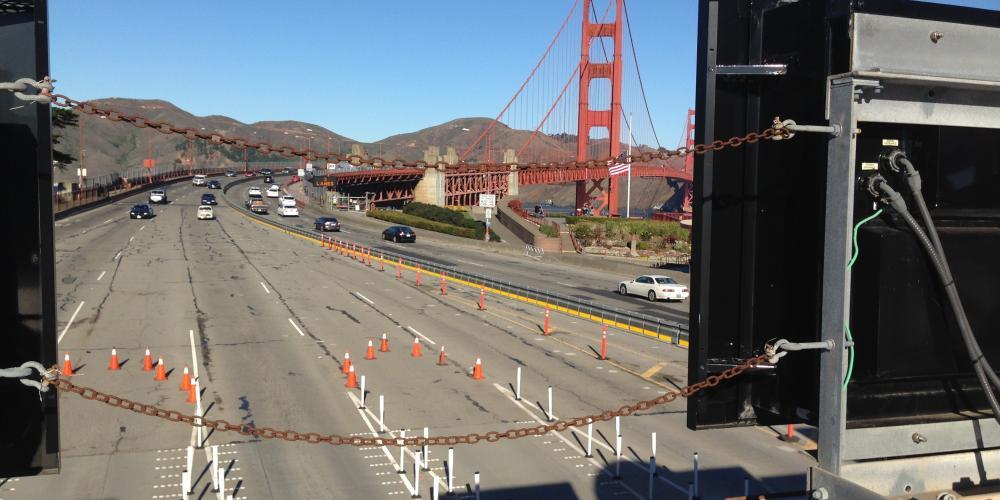 Faster commutes, fewer accidents and reduced emissions are some of the benefits of all-electronic tolling now being discussed by officials at the Bay Area Toll Authority (BATA).

All-electronic tolls have been a feature of the Golden Gate Bridge since 2013 with positive results. Eliminating the cumbersome collection of cash tolls has erased the traffic backup that would stack cars on the Waldo Grade in Marin County during the peak morning commute.

BATA's Oversight Committee will discuss the issue when it meets at 9:30 a.m. Wednesday, Nov. 14, with an eye toward possibly putting the same no-cash toll system on state-operated Bay Area spans. The Golden Gate Bridge is operated by a special district.

Among the potential benefits of the system: Elimination of toll collector robberies, which primarily occur at the Carquinez Bridge; reduced vehicle delay  between three and seven minutes during peak periods in the Dumbarton, Richmond-San Rafael, San Francisco-Oakland Bay Bridge and San Mateo-Hayward Bridge corridors; and reduced peak-period vehicle emissions of about 8 percent.

FasTrak transponders make cashless tolls possible. The electronic toll system reads the transponders and deducts money from a user account. If drivers do not have the device, their license plates are read and a bill is sent to residences.