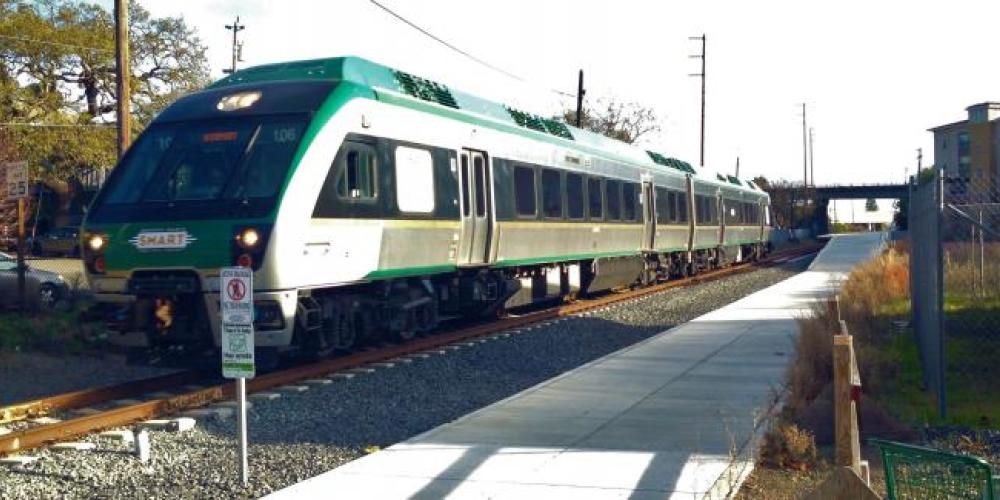 The Sonoma-Marin Area Rail Transit agency has released a green commute fact sheet showing people who ride the system reduced greenhouse gas emissions by 33% compared to those who drive the same routes by car.

To date, SMART riders have prevented 8.1 million pounds of carbon dioxide emissions from being released into the environment — the equivalent to 4,770 acres of forest carbon sequestration, according to SMART's data.

The agency report also shows that many of its riders connect to and from the train station using low-emission forms of transportation such as walking, biking and other public transit. About 50% of SMART riders walk or take other public transit, while approximately 14% ride a bicycle.

A contributing factor to SMART’s environmental benefits are the agency’s clean-diesel trains which are equipped with engines that meet the Environmental Protection Agency’s Tier 4 emission standards.

MTC has provided financial support for SMART. SMART is also working on extending further north to Windsor in Sonoma County by the end of 2021.