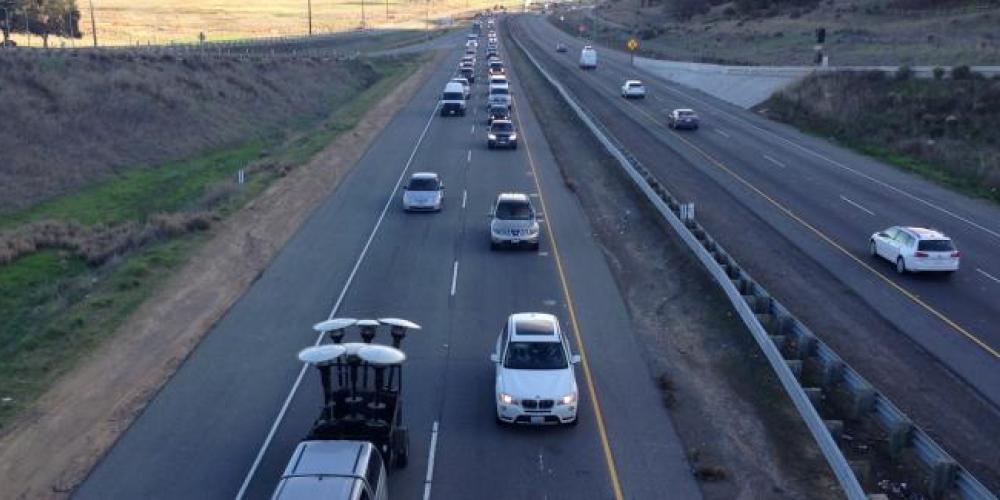 Bay Area highway, transit and goods-movement projects this week earned more than $400 million in new funding as the California Transportation Commission (CTC) finalized a new round of awards through a trio of competitive statewide programs established by the Senate Bill 1 transportation investment package signed into law in 2017.

MTC will work with Caltrans, BART and county transportation agencies to deliver 11 crucial projects around the Bay Area, which together earned about 20 percent of the total $2.046 billion awarded by the CTC through the Solutions for Congested Corridors, Trade Corridor Enhancement and Local Partnership programs.

“SB 1 money is essential to keeping the California economy moving, not just through the current crisis, but into the post-pandemic future," said MTC Chairman and Alameda County Supervisor Scott Haggerty. "The Bay Area’s success in the stiff competition for these dollars reflects the clear need to modernize our freeways, transit systems and freight corridors to maintain the Bay Area’s position as an engine for economic growth throughout the state.”

Among the allocations approved through the Trade Corridor Enhancement Program are:

SB 1 funds awarded through the Local Partnership Program include:

The largest of the CTC’s new allocations to Bay Area projects through the Solutions for Congested Corridors program is $60 million to enable BART to begin construction next year on its $1 billion Train Control Modernization Project, part of the agency’s Transbay Core Capacity Program to increase the number of trains able to travel through the Transbay Tube between San Francisco and Oakland.

The CTC allocated $40 million through the Solutions for Congested Corridors program to close the final gap (known as segment B7) in the long-running US-101 Marin-Sonoma Narrows project by constructing a carpool lane between Novato and Petaluma. The SB1 dollars will supplement over $90 million from other sources and allow for construction on this final segment to begin as early as 2021.

The CTC’s third Bay Area allocation through the Solutions for Congested Corridors program is $25 million to complete a $64 million funding package and begin construction next year of a double roundabout at the Soscol Junction of State Routes 29 and 221 south of Napa. The improvements will relieve a traffic bottleneck that has long bedeviled residents, workers and tourists to Napa’s famous wine region, and will also deliver important safety and active transportation benefits to the area.